This delicate and beautifully wrought South African drama heralds another Australian debut of exceptional new international writing. Much loved television and stage favourite Gillian Jones, well-known for her roles in Love My Way, Packed to the Rafters, and The Slap, joins Pacharo Mzembe in this intimate two hander, directed by Pamela Rabe.

Solomon and Marion is the story of two injured souls searching for redemption in the fragile, post-apartheid South Africa. Marion has watched her life drain away. Children and husband gone, she ekes out an existence in a country utterly transformed. But it’s the only home she has. As the new South Africa prepares for the World Cup finals, old divisions and suspicions seem as deep as ever, and the intruder she has been expecting, dreading and needing, arrives. Can true reconciliation turn darkness into hope?

Even the deafening hum of the vuvuzelas at a festive soccer tournament couldn’t make the world forget about South Africa’s historic agony.

The nation is beleaguered by fear, its name synonymous with violence for most outsiders; so a new play at the Melbourne Theatre Company promises to bring some shades of grey into our perception of South Africa. 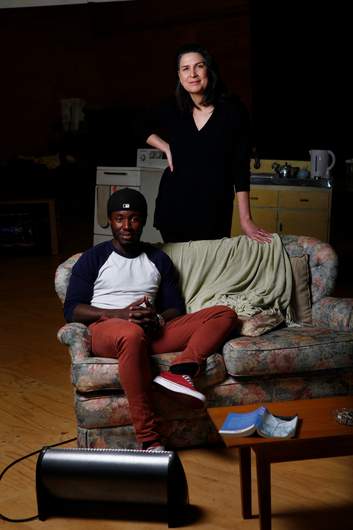 Lara Foot’s Solomon and Marion is the first time the award-winning South African playwright’s work has been seen on Australian stages.

Actor Pacharo Mzembe is sharing this adventure into the unfamiliar. In a break from rehearsals he clicks and snaps his tongue, in a few lines of the Xhosa language. It’s an impressive skill and one he’s had to learn fast. Fortunately a Xhosa speaker in Brisbane volunteered his time. ”My mother saw his last name and knew he must be from South Africa. We told him about the play, he said he’d help and I still Skype him now.”

Mzembe was born in Malawi and raised in Australia, and says he approaches this script as much an outsider as his co-star Gillian Jones and director Pamela Rabe. ”To me it’s still a jump. It has some connections but I am Malawian.”

The actors and Rabe are keenly aware that Foot’s particular story must resonate for an international audience. In Solomon and Marion Rabe’s convinced she’s found a ”parable” with universal themes.

”The trigger for Lara writing the play was specific events in post-apartheid South Africa. She was responding to a number of things – the approach of the World Cup upon which a lot of South Africans had hinged their hopes to deal with the extreme anxiety, pain and tension they were feeling culturally and socially.” 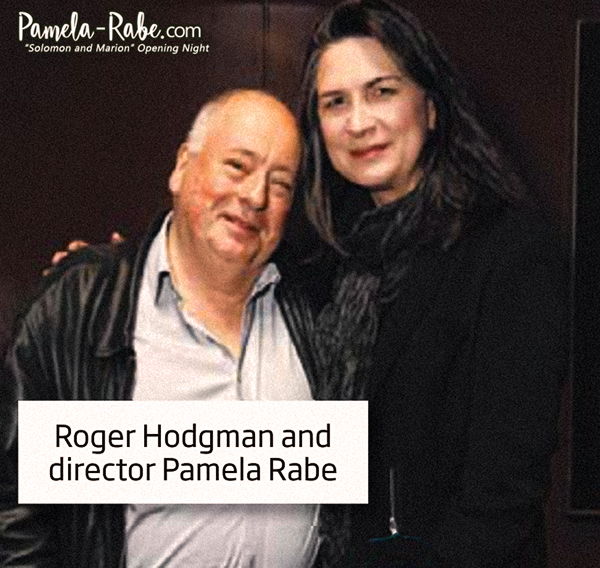 More directly the play was inspired by the murder of Foot’s friend and colleague, the actor Brett Goldin. Janet Suzman, one of South Africa’s best-known actors was directing Goldin in a production of Hamlet at the time of his murder.

”This sent such ripples through Lara’s immediate community as well as the wider community as people tried to make sense of the randomness of this violence … She says she imagined his mother. She had a vision of a woman isolated by her loss, isolated by her white South African-ness.”

The two-hander is an intense production for Mzembe and Jones. On stage the two figures grapple with past and future. Marion is alone in the only home she’s ever known in a country almost unrecognisable to her. An intruder arrives. As the story unfolds, reconciliation is the word that hovers.

If a mother’s grief for a slain son is universal among families, Rabe also discerns a wider ”psychic pain” that relates to many nations, including Australia.

”As I read it, I thought it may be a parable for post-apartheid South Africa but it has so much to say about post-colonial cultural anxiety and pain – also fear, loss, grief and redemption.”

The play is also full of suspense and funny in parts, assures Rabe. It may deal with bleak issues but it’s not a bleak night out in the theatre, she says.

”It’s a beautiful story – what I call a big reckoning in a little room play. It’s a thriller and you find you’re emotionally invested in it because of the very clever control of the story-telling.”

Solomon and Marion is at the Fairfax Studio, Arts Centre Melbourne, until July 20.