Here are the latest short news/interviews/photos of Pam and Wentworth:

Filming ended yesterday (September 4) for good. Pino Amenta shared this pic on his Twitter account saying:
“Last day of Shooting on Wentworth. What a glorious experience it’s been working with such wonderful people. Will miss the whole damn thing! Very emotional day, thanks to every single one of them. Xxxx” 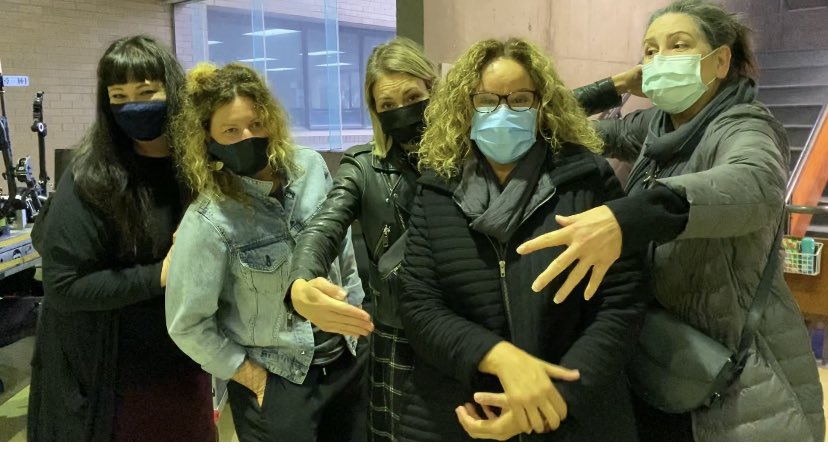 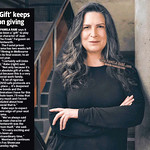 Pamela Rabe says it has been a “gift” to play the character of Joan “The Freak” Ferguson on Wentworth. The Foxtel prison drama has two weeks left of filming in Melbourne on its final season, to air next year. “I certainly will (miss it),” Rabe (right) said. “Not only because it’s an absolute gift of a role, but because this is a very special work family. “A lot of rigorous COVID safe protocols are in place … it’s deepened the bonds and the admiration I have for this whole team. I’ll miss that very much and I’m not deluded about how special that is.” Rabe says to expect more edge-of-your-seat drama. “We’ve always said the main character of Wentworth was the prison itself,” she said. “It’s very exciting and it’s been an extraordinary time.” Wentworth continues on Fox Showcase Tuesday nights.

Gardner nominates Season 7’s siege and the burial of Joan Ferguson (Pamela Rabe) amongst her personal highlights. The latter was a storyline she always planned to revisit.

“When we buried her alive I said to Pam, ‘It’s our intention to bring you back. We just need to rest the character for a couple of seasons.’ It was always my intention to bring her back. The only tricky bit was figuring out a way of doing it!”

Rabe’s cameo at the end of Season 7 was filmed belatedly, after Foxtel’s initial decision to conclude the series was reversed. Gardner reveals producers had actually filmed final scenes to wrap up characters (which were never screened) at the end of the siege. But she was also hopeful it would resume.

You can read the full interview here

It’s a nightmare that Vera Bennett, Will Jackson and Jake Stewart never imagined they would have to relive but thanks to the input of dominating Ann Reynolds, Joan ‘The Freak’ Ferguson is returning to Wentworth Prison. The trio of officers throught they had successfully killed and buried the former governor but of course, no one can topple the mighty Joan quite so easily. So it was no surprise that when she was bludgeoned in the midst of planning her revenge that she would survive. Currently believing herself to be a person called Cath – someone who she killed and stole the identity of – it’s unknown whether Joan is playing an act or has genuine amnesia.

But the thought of her returning to her teal uniform is filling Vera, Will and Jake – not to mention top dog Allie and the fellow prisoners – with horror. And there are some twists to come for the remainer of the series. Pamela Rabe, aka the mighty Freak herself, told Metro.co.uk: ‘Everyone will know that there’s a few people who should watch their backs. The way that plays out is not what people will expect – or the characters. ‘There are such interesting twists and turns. The fact that Joan has been gone for two seasons – other than haunting Will Jackson. In that time, there’s new and wonderful characters with no knowledge of her history. ‘So it depends what she chooses to present to them – there’s a whole gannet of people who have blood under the bridge with Joan but a lot of newbies too. So there’s a very interesting dynamic!’ 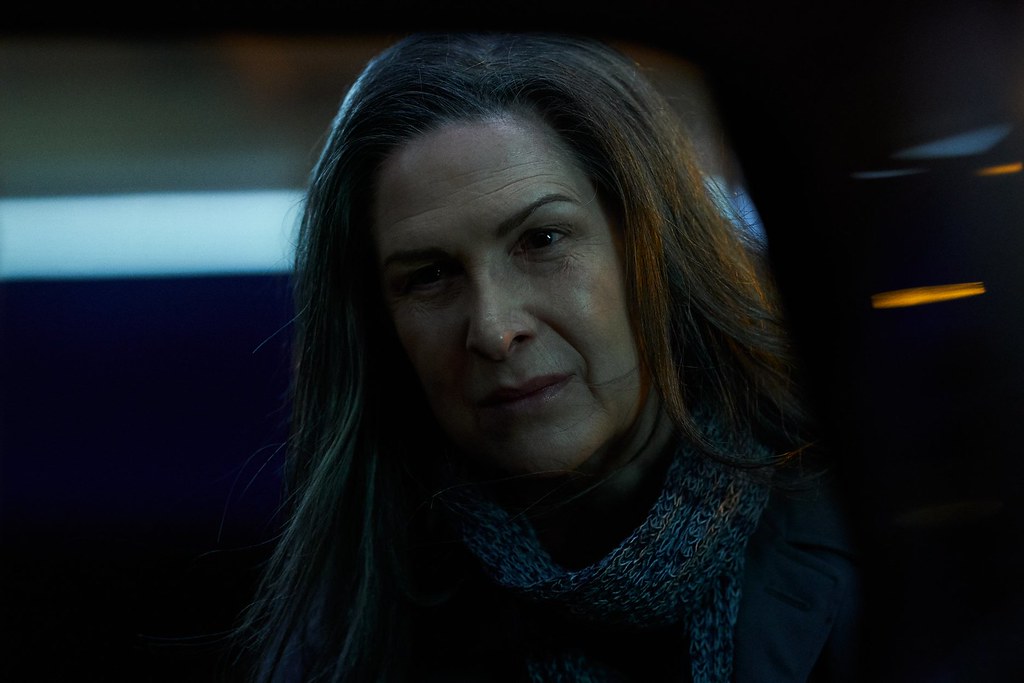 As those who know Joan quiver and fear – and those not connected such as Lou and Marie seek an opportunity – who will Joan manipulate and who will she destroy? Kate Jenkinson, who plays Allie, knows that her alter ego has a hell of a job on her hands when it comes to protecting the women from Joan. She told us: ‘I think that the news that Ferguson is alive is probably the last thing that Allie ever expected to hear. That was one part of her history and a huge part of her grief that was buried. She was able to find some resolution and closure because she believed The Freak to be dead. ‘The news that she is alive, I feel it’s a sucker punch to Ally’s gut. It raises so many questions – where has she been, what’s going to happen? She is apprehended – is she coming back to Wentworth and what will Allie have to deal with? Of course, underlying all of that clear danger is the very real and raw grief that she has over Bea. ‘The character of Ferguson is so closely link to her feelings with Bea and that unresolved grief, I think that it’s literally going to turn Allie’s world upside down – as if she didn’t have enough to deal with Lou and Marie. ‘Now she has the person who killed her love and who is a threat to everyone is re-entering the prison walls – it’s a waking nightmare and it quickly unravels her. Ferguson is the person that she hates most in the world…’ And with Allie already on edge after a dramatic showdown with another prisoner, she comes face to face with Joan – but how will they react to one another? Meanwhile, there may be a different dynamic altogether for her long time mortal enemy Vera – who reckons she can see right through the act and is determined that no-one falls for Joan’s deceit. After all, who knows her better than Vera? Kate Atkinson smiled as she told us: ‘Look, it’s an explosion of confusion, fear and horror which then is amplified by the fact she has a daughter to protect. There is also anger and ultimately she finds out how in the hell she got out of that box.

‘There are real dynamics between us – there is this weird attraction and compulsion between them. There are a lot of emotions – it introduces in Vera this fiery sense of combat and the desire to win, not cower in a corner. She kind of hates Ferguson but she kind of loves the game all of a sudden. It’s such fun to play that way. I love figuring my place in that so on we go! ‘What we like to say in Australia is this is a bit piss weak and cryptic – Ferguson is not going to be the Ferguson you think she is going to be and Vera is not going to be the Vera you think she is going to be. We love to play with moral ambiguity on Wentworth – they way these two women respond to each other is all about crossing moral lines. You won’t be disappointed.’

Darren from eastieoaks.com shared some great spoiler pics again earlier this week. You can find them here in the Wentworth S8 gallery and you can also download this wallpaper I made from them 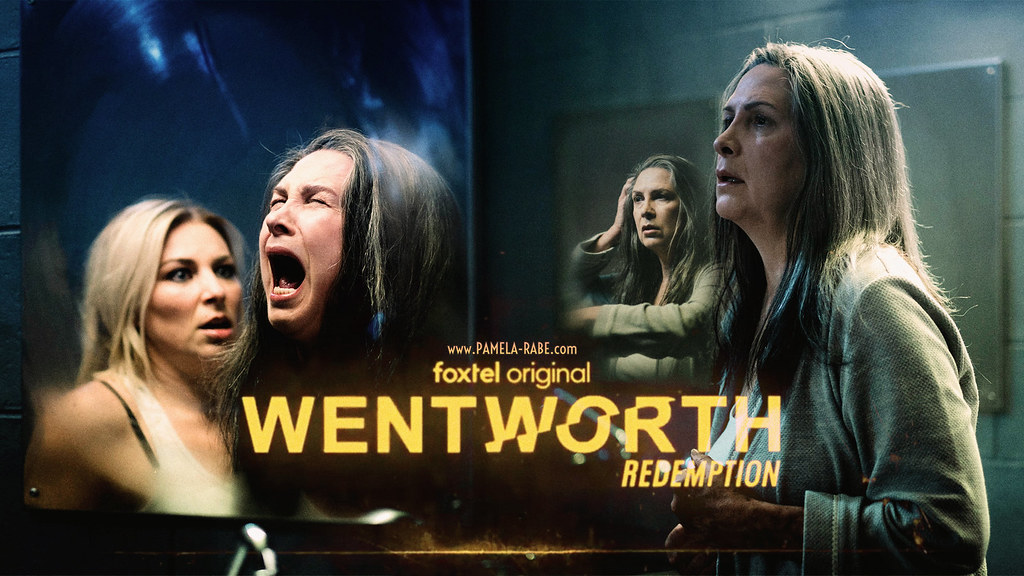