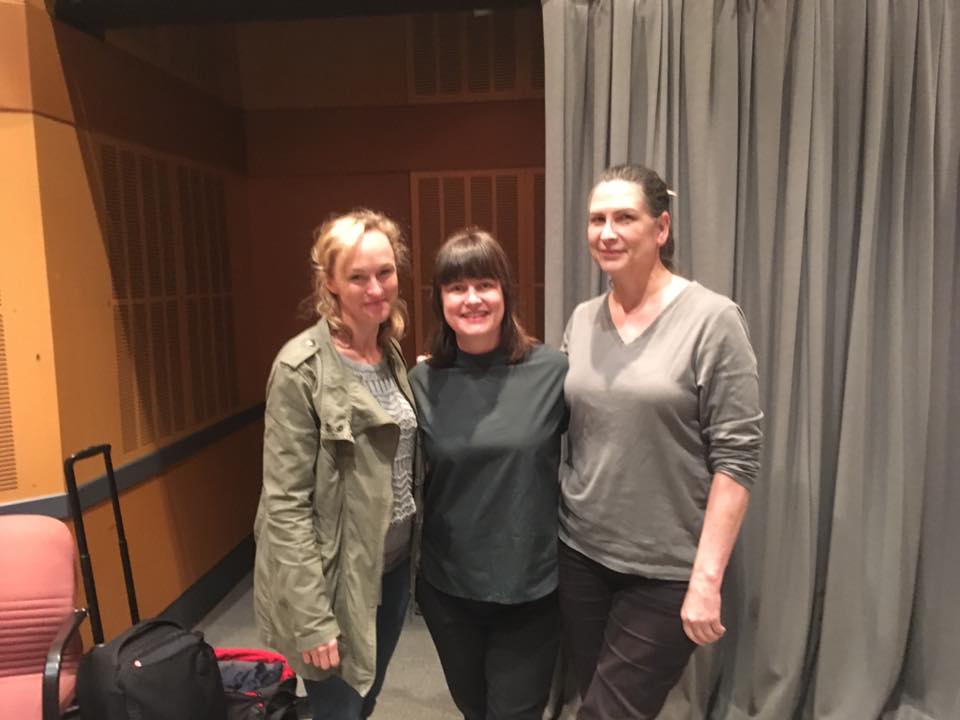 Caroline Craig (Gayle, who used to live in such a lovely street in Brighton), Lorin Clarke, and Pamela Rabe. Series two is getting really interesting… Taken in the gorgeous old drama studio at the ABC in Sydney.
The Fitzroy Diaries is an audio fiction podcast originally aired on ABC RN’s life Matters in Australia. Observational, funny, sometimes a little bit sad, series one of The Fitzroy Diaries stars the unofficial mayor of Fitzroy, Uncle Jack Charles alongside Caroline Craig, Nyawuda Chuol, Joel Davey, Stewart Farrell, Alexandra Hines, Luke Ryan and Stewart Thorn. Written and narrated by Lorin Clarke. Script edited and produced by Sophie Townsend. Recorded by Richard Girvan. Sound design by Mark Don. Illustrations for the series by Sonia Kretschmar. Thanks for listening.
Series II of The Fitzroy Diaries is currently in production and due to be released on ABC radio and in podcast form in, we hope, August 2019.
A book version of The Fitzroy Diaries is being written for Pan Macmillan.