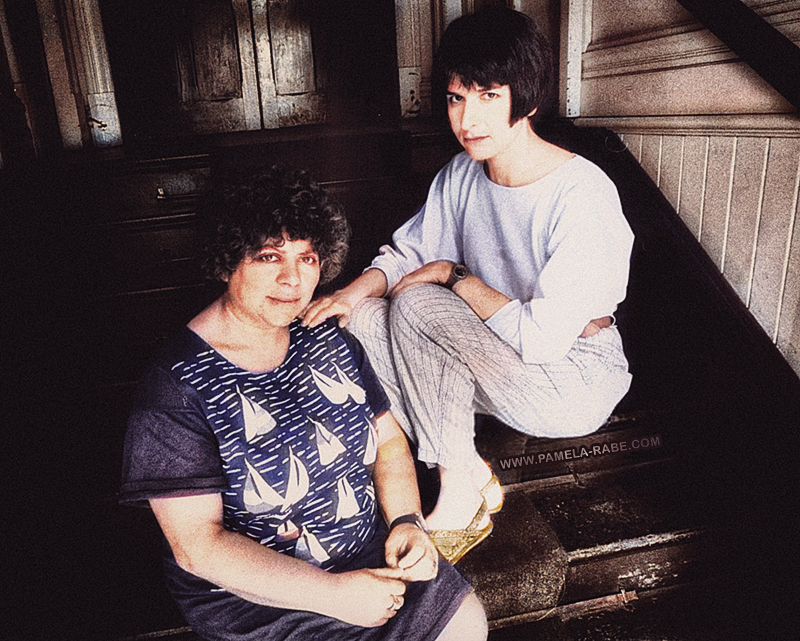 As much a tribute to Toklas as Stein, the two-woman play has been acclaimed world-wide since it was first performed in 1984. Margoyle has played Stein in Britain, the United States, Canada, and now Melbourne. Pamela Rabe is the new Alice B Toklas.

On stage the pair work beautifully as they build up the respect, intimacy and sexual tension which combines to make this unorthodox relationship. Off-stage too, the actors enjoy a warm rapport sharing a great admiration for the real Stein and Toklas about whom they constantly exchange stories, relating their habits, tastes and ways of speech. They are full of anecdotes, like the one about them hiding out in a French village during World War II.

As American Jews living in occupied France, the pair were obliged to lie low. One day a friend was passing through and saw them. They were tramping down the main street in huge hats and bright orange sack-shaped dresses, yacking loudly in thick American accents. Shrinking violets Stein and Toklas were not.

Margoyles and Rabe explode into laughter as they recount this tale. “They looked like pillar boxes on wheels,” splutters Margoyles.

Rabe adds that they were later given a couple of tweed suits as camouflage.

Not surprisingly, the play is very funny, peppered with droll Steinisms. At one stage they discuss Hemingway, who was one night “feeling famous”. He tells Stein and Toklas that having been made to wait at a restaurant, he had eventually informed the waiter who he was. “And who were you?” replied Toklas.

Audiences are frequently surprised by the play’s irreverence. “Some people think they’re going to be in for a grim evening of English literature,” says Margoyles, “Or else they think its going to be some sort of torrid, dark lesbian thing,” adds Rabe.

It is not. The passion is in the air rather than acted out on stage. “It would be incredibly cheap to do a lesbian love scene on stage,” says Margoyles. “They were Victorian women and they behaved decorously and would not have exhibited their relationship in a physical way.”

However, there is little doubt that they loved each other. Stein’s most famous book was ‘The Autobiography of Alice B Toklas’ — Alice’s story told by her. It was Alice, meanwhile, who persuaded Stein to sell part of their art collection in order to begin publishing her books.

Margoyles, a stage, film and television actor who’s had roles in ‘Yenti’, ‘Reds’ and ‘Little Shop of Horrors’, was first shown the play by its author, the late Win Wells. She liked it and undertook to produce it herself. 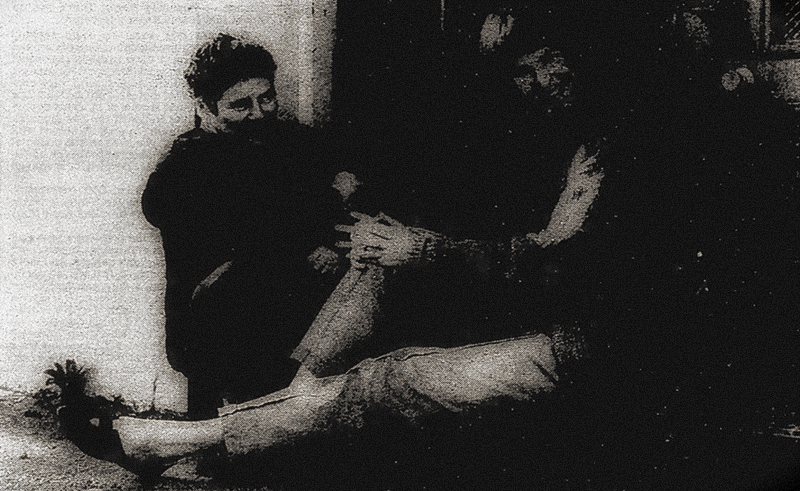 Margoyles (left) and Rabe: given to frequent explosions of laughter when discussing Stein and Toklas

But the play really took shape under its director Sonia Fraser. Originally three hours long and written for eight characters, Fraser reduced it to 100 minutes and two roles. This made it leaner and focused on the words, which are givern full emphasis by the fine acting team.

Margoyles studied at Cambridge In the 1960s and was the only girl In the legendary Footlights revue of 1962, which starred John Cleese, Bill Oddie and Graham Chapman. From there she moved to a successful career with the BBC’s radio repertory company.

A tiny dynamo of energy, she is also known In England as the “Queen of the Voice-Overs”. The most popular female radio and television voice in the country she has played everything from a menstrual period to a glamorous Palmolive lady.

Her menstrual period talks in a giggly school-girl voice and says “I bet you didn’t expect to find me on your holiday, did you?” Margoyles says the discipline of the 30-second performance, where every word and every second counts, has actually helped her portray Gertrude, where each word required a similar sort of focus.

Stein, says Margoyles, had a huge personality. “There are so many puny people in the world and I think she was not one of them. She was a heavyweight and I like that.”

But her books were never hugely successful. After performances of the play in London, Margoytes says sales of Stein’s books went up by by 23 per cent — a fact which makes her both proud and relieved.

“They (Stein and Toklas) would both have absolutely hated to have this play done about them. They would have thought it was a gross invasion of privacy. At least I feel that I am doing something to assuage her fury — which could be great — by hoping that people will be inspired to read her.”

WHERE AND WHEN:
‘Gertrude Stein and Companion’ can be seen at the Universal Thecire, Fitzroy from Tuesday to Saturday at 8 pm; Wednesday at 2 pm and Sat and Sun at 5 pm.

Source: The Age | 13 November 1987
→ Click here for more info about Gertrude Stein and A Companion