This is the big classic for the year, and it’s being directed by Kip Williams, who won a Helpmann Award the last time he directed a Tennessee Williams play (Suddenly, Last Summer). If you don’t know anything about Cat on a Hot Tin Roof, it’s an explosive drama about a Southern family at loggerheads with each other. And it’s difficult to imagine a much more impressive cast: The Book of Mormon’s Zahra Newman will play Maggie the Cat opposite Hugo Weaving as Big Daddy and Pamela Rabe as Big Mama.

Kip Williams: “This, for me, really is a play about the family being a political institution. A place of power navigation, and where that institution can regulate people and censor people, and make people feel controlled, stuck and disconnected from their own autonomy. And it’s a play about lies, and it’s a play about truth, and I think in the times in which we’re living where the notion of truth, both in a societal sense and in an interpersonal sense, seems to be debated on an everyday basis, this play feels like it really sings with a contemporary resonance.”

A family’s fight to survive

Big Daddy is dying. Big Mama is in the dark. Brick is at the bottom of a bottle. But Maggie is alive, desperately alive, and dancing like a cat on a hot tin roof.

Tennessee Williams’ classic play is set on a steamy night in the Mississippi Delta. It’s Big Daddy’s birthday. He’s built his family an empire of 12,000 acres, but that won’t help him beat cancer. Brick, the favourite son, is a golden boy drinking himself into oblivion, while his wife Maggie claws at him for a moment of affection. All the while, lies are rife and the family’s future is at stake.

The incomparable Hugo Weaving will play Big Daddy, Pamela Rabe returns as Big Mama following her Helpmann Award-winning performance in The Children, and Zahra Newman (The Book of Mormon) will give us a Maggie the Cat not to be missed. Artistic Director Kip Williams brings us a bold, boozy, sexy night of Southern fireworks.

Join Pamela Rabe and Hugo Weaving backstage as they take a moment to reflect before hitting the stage as Big Daddy and Big Mama in Cat on a Hot Tin Roof. From their admiration for Tennessee Williams to their observations of each other, it's a window into the work of two STC stalwarts. Cat on a Hot Tin Roof closes 8 Jun. Tickets → http://bit.ly/STCCat 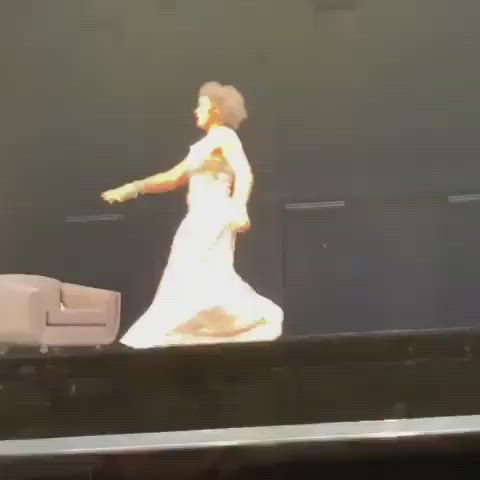 Videos by Lipin Toh and Jye McCallum, bookofmormonau and marylvmode Cat on a Hot Tin Roof takes place over one hot evening at the 12,000 acre Pollitt family estate in the Mississippi Delta, where a wealthy Southern family of 1950s America has gathered to celebrate the birthday of its patriarch, Big Daddy. Not everyone knows it yet, least of all Big Mama, but Big Daddy is dying.

The favoured son, Brick, is a has-been football hero drinking away a hidden guilt who can’t seem to care about anything but his bottle. His wife Margaret has passion enough for the both of them and desperately wants Brick to want her again, but Brick preserves a distance, and the couple remain childless.

The overlooked son Gooper and his wife Mae meanwhile, are waiting on child number six, and parading the other five in front of Big Daddy in an attempt to win his attention, affection and eventually, his estate.

There’s a lot of repressed energy flying around this big old house, and it’s going to take a bit of friction and some harsh revelations to bring out the truth.

Cat on a Hot Tin Roof with Kip Williams

Find out what to expect from our upcoming production of Cat on a Hot Tin Roof, as director Kip Williams introduces the cast and provides a peek into the lively rehearsal room.Tickets are selling fast! Hop to it: https://bit.ly/2um4uH0

This episode was recorded live at Rosyln Packer Theatre for the pre-season briefing of STC’s Cat on a Hot Tin Roof, by Tennessee Williams.

Featuring a full cast and several creatives, including the production’s director and our company’s artistic director, Kip Williams, the conversation delves into the psychology of the Pollitt family, around whom the play is centred, the meaning of truth, and some hints at the elements of design which are bringing this steamy Southern tale to life.