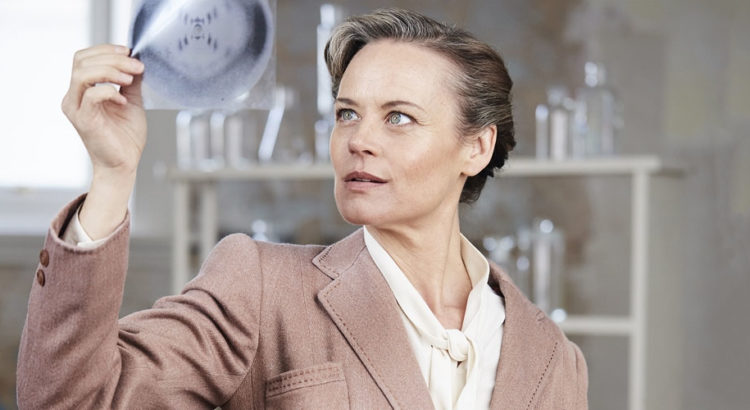 Nicole Kidman starred in the West End premiere of this play about scientist Rosalind Franklin, who played an integral role in the discovery of the double helix structure of DNA but is often overlooked. Nadine Garner will play the role in this Australian premiere production.

“This play finally celebrates [Franklin] and brings her to the attention of the world,” Sheehy says. “I think it’s a fantastic, heartbreaking, but really important story.”

‘A triumph.’
The Telegraph

Nadine Garner (The Blake Mysteries) stars alongside Gig Clarke (The Code), Nicholas Denton (Wild), Paul Goddard (Pulse), Yalin Ozucelik (Othello) and Dan Spielman (Macbeth) in the Australian premiere of Anna Ziegler’s Photograph 51, a delicate exploration of sacrifice in the pursuit of science, love and a place in history.

Opening on Thursday 7 November at Arts Centre Melbourne, Pamela Rabe directs this moving portrait of brilliant British scientist Rosalind Franklin, who battled sexism and isolation in the race to capture the ‘secret of life’.

In 1952, Rosalind Franklin used X-ray diffraction photography to examine the intricate structure of DNA, but her trail-blazing work was never recognised. Threatened by her brilliance, Rosalind’s rivals at King’s College London scandalously stole her research and were awarded the Nobel Prize for discovering the double helix.

Pamela Rabe said, ‘I love science. I love thrillers. I love forgotten history. And particularly the forgotten stories of women who have changed our world. Rosalind Franklin should be a household name – she was a key contributor to one of the greatest discoveries of modern times. But because of the era she lived in, working with singular focus and meticulous skill in a field dominated by men, she paid a price. I can think of no one better to embody her ferocious intelligence, independent spirit and prickly integrity than Nadine Garner, and I look forward to audiences being beguiled by Rosalind’s story. This beautiful, delicate play invites us to put her back in the picture.’

Pamela Rabe has directed Jumpy, Solomon and Marion and Elling for MTC; In the Next Room or the Vibrator Play, Elling, and The Serpent’s Teeth: Citizens for STC; and Porn.cake for Malthouse Theatre. As an actor, she has appeared for MTC in more than forty productions including The Children, His Girl Friday, Hamlet, Boston Marriage, God of Carnage, Things We Do for Love, Dinner, Blithe Spirit, The Beauty Queen of Leenane, A Little Night Music, Private Lives, A Room of One’s Own, Cosi, Lost in Yonkers, Much Ado About Nothing, Taming of the Shrew, The Heidi Chronicles, Too Young for Ghosts, Medea, and Top Girls. She has performed for most major theatre companies in Australia, notably in ten productions as a founding member of STC’s Actors Company, including The War of the Roses, The Lost Echo, and Mother Courage and Her Children. Her other STC productions include The Cherry Orchard, Holy Day, Three Sisters, and The Ham Funeral. Most recently, she has appeared for Belvoir in The Glass Menagerie and Ghosts, and for Malthouse Theatre in The Testament of Mary.

Click on the photo above for the full article