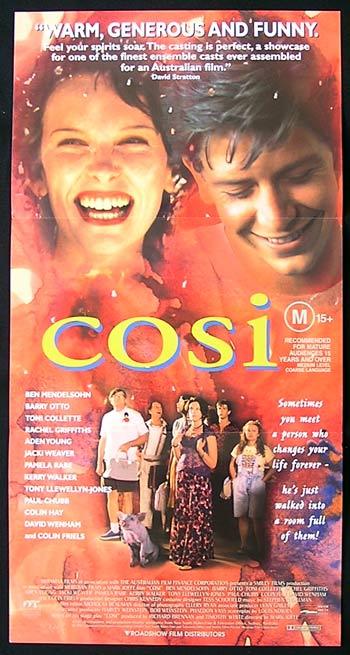 Ben Mendelsohn stars as Lewis Riley, an unemployed young man who applies for a job as a director/drama teacher at a mental hospital. He lands the job and finds himself directing a production of the Mozart opera Così fan tutte, an elaborate, demanding piece of theatre, an opera in Italian. And it is going to be performed by a cast that he must select from among the patients, who only speak English.

One of the patients, Roy (Barry Otto), sweeps everything along before him, organising auditions, selecting cast members, and criticising the director. The cast chosen include three women: Julie (Toni Collette), Ruth (Pamela Rabe), and Cherry (Jacki Weaver); and two men: Henry (Paul Chubb) and Doug (David Wenham). The musical director is Zac (Colin Hay). The enthusiasm of Roy infects the group, and they charge headlong into a memorable production.

Alongside the story of Lewis, the theme of Così fan tutte is explored as it relates to his personal life. Lewis’s relationship with his girlfriend Lucy (Rachel Griffiths), already under pressure, is not helped by a friend called Nick (Aden Young), who seems more interested in testing Lucy’s faithfulness than anything else.

The story is loosely based on Nowra’s own experience at producing Trial by Jury at Plenty Mental Hospital in suburban Melbourne in 1971.

(Mendelsohn, Otto and Wenham are the only cast members who have performed in the original stage play, portraying the same characters that they do on screen.)

Cosi was directed by Mark Joffe, and produced by Richard Brennan and Timothy White.

In 1996, Cosi was the 3rd most popular Australian film at the Australian Box Office. As at 2010, Cosi ranked 71 on the list of Top 100 Australian feature films of all time as compiled by Screen Australia.

David Stratton, writing in Variety, described Cosi as “fast, funny and cleverly acted”. He also said it was “warm, generous, sentimental and expert entertainment.” The curator at Australian Screen Online said it “has a likeable humour, appealing characters and a compassionate heart. It’s not really about mental illness so much as a tribute to the healing power of performance, and the theatre in general.”

Not all reviews were positive. James Berardinelli described Cosi as “a half-baked amalgamation of A Midwinter’s Tale and Shine, and doesn’t excel as either a comedy or a drama.” Cinephilia described Cosi as “a concatenation of caricatures in a predictable story of plucky determination and treacly redemption.”

Cosi is a 1996 Australian comedy-drama film directed by Mark Joffe. Louis Nowra wrote both the screenplay and it is based on his play Così. 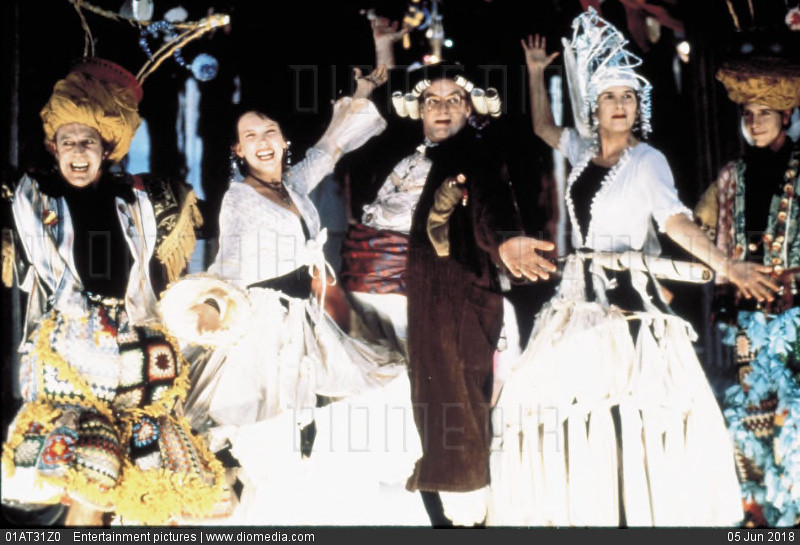