The Well is a 1997 Australian film, based on the novel by Elizabeth Jolley. 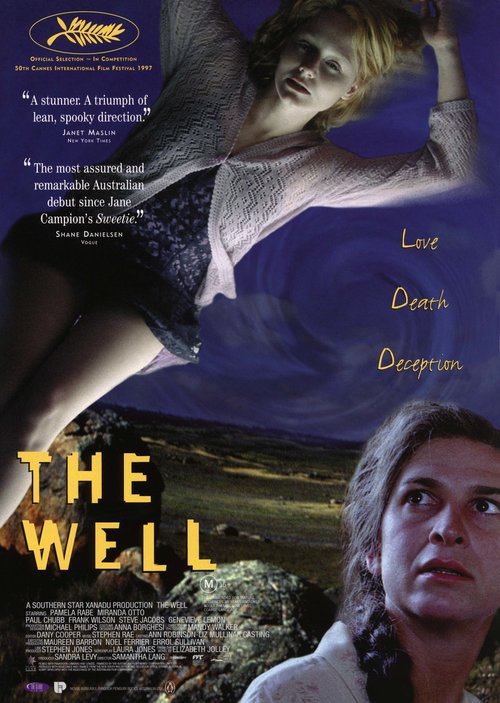 The film is about a young girl named Katherine and her older friend Hester who live on an isolated farm run by Hester (Pamela Rabe) and her father Francis. Katherine works as a maid and wants to leave because there’s too much work. Hester, however, becomes attracted to Katherine and holds her there, promising to give her less work in the future. When Francis dies, Hester decides to sell the farm for cash. They move to small cottage on the edge of the farm and plan to go to Europe. But a tragic accident and the theft of their money change their plans.

Sandra Levy bought the rights to the novel and hired Laura Jones to adapt. They worked on the project for around six years then Samantha Lang became involved as director.