“All’s Well fares far better if each of its elements is exploited rather than ignored … the ideal production will trust to Shakespeare: the serious scenes will be played with respect for the gravity of the issues; the comic scenes will give full play to both wit and farce; the suspense of the plot will swing the audience along the road of high romance, untroubled by the fabulous complications; most important, the human qualities of all the characters will be affectingly unfolded. For All’s Well That Ends Well is a very human play.” (Joseph Price)

Admitting the fictional nature of the comic society is manifest in the ironically titled All’s Well That Ends Well … realism collides painfully with romance. The world as it is submits at the end with a calculated artificiality, to the laws of comic form. In doing so, it belittles these laws. This resolution, such as it is, floats free and unattached above the comedy it supposedly crowns. As an admitted fairy tale ending it does not pretend to shadow reality. It is not even consonant with the previous development of the play, nor with the nature and personalities of the characters involved. It is hard not to see this ending as a confession of the inadequacy of comedy resolutions. (from Anne Barton)

CAST (In order of speaking)

There will be one 15 minute intermission 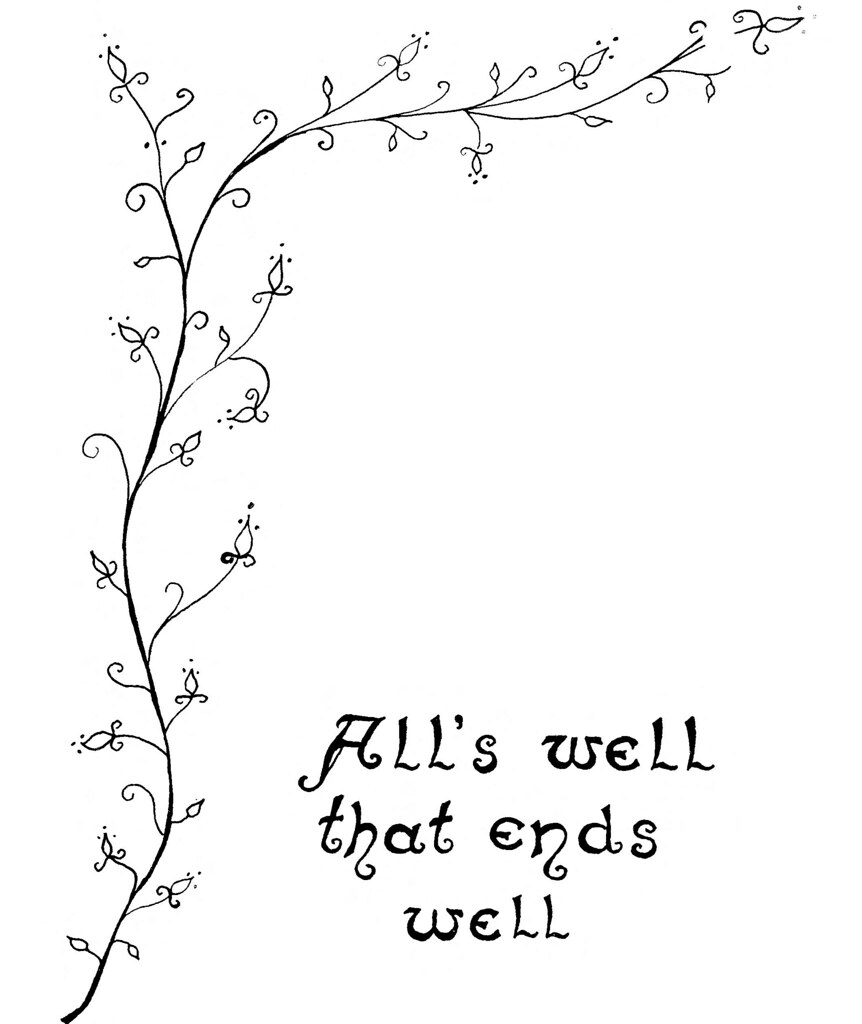 Music performed by the U.B.C. Contemporary Players under the direction of STEPHEN CHATMAN and EUGENE WILSON

The Tack Shop
SPECIAL THANKS TO MOIRA MULHOLLAND and STANLEY WEESE