LIVING SO FAR from the family homestead in Canada means that Melbourne actress Pamela Rabe doesn’t often get the chance to see her family, so it’s no wonder that seeing them, or at least talking to them, would be high on her list of priority Christmas presents. “I’d just love the opportunity to see them all again. We haven’t been together for years,” she says. “There are eight of us, and I’m the only one outside the country. The others are scattered all over Canada. Christmas was usually the only time we spent together. Unfortunately, I can’t go home this year due to work commitments and none of them can come here, so I’m feeling very lonely. “The next best thing would be a phone link-up. Can you imagine eight of us trying to hold a conversation? None of it would make sense with all the giggling!” 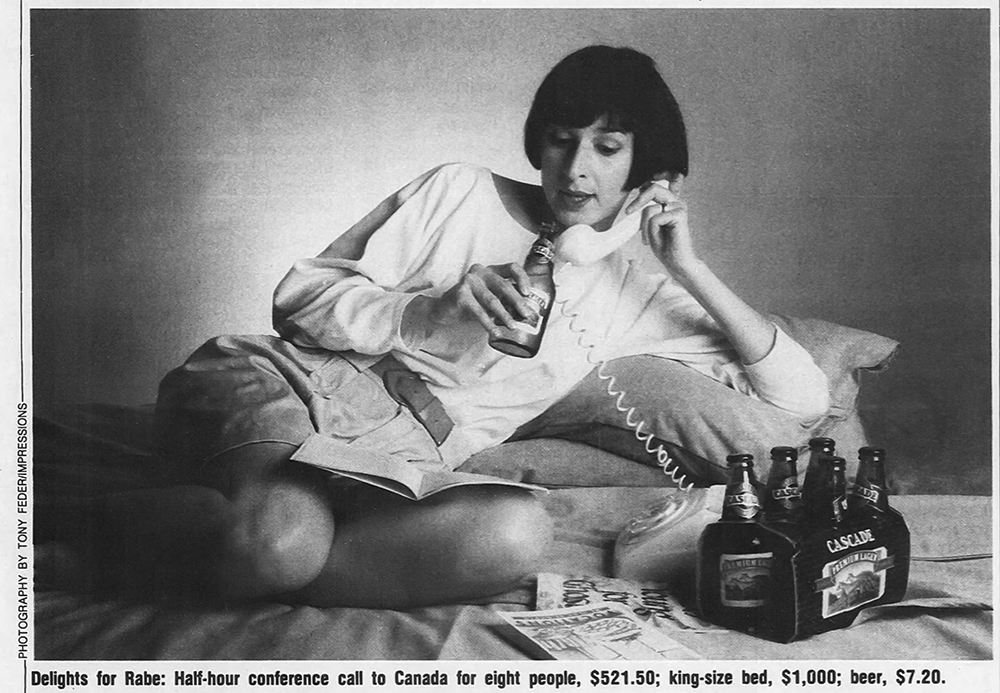 However, after almost five years in Australia, Pamela has well and truly settled into our way of life. “I love Aussie beer. By far the best comes from Tasmania. It’s called Cascade Premium Export Lager. It’s just the best beer around. A six-pack of that on any occasion is a real treat.”
One of the few problems Pamela has encountered here is finding clothes to fit. “At just under two metres tall I tower over most women I know, and as a result regular clothes just don’t fit. It’s really annoying. There are shops for small women and larger women, but absolutely none that specialises in dressing tall women. It means I either have to buy men’s trousers or have them made to measure, which is very expensive. For Christmas I’d like someone to conjure up a shop which makes all the styles of clothes which I like, but extra long. I think it’s time someone did. After all, there must be a few of us out there! And I’d like a king-size bed. Just to be able to stretch completely without one limb falling off the end — bliss!”

“Recently I’ve thought long and hard about taking driving lessons. For years I’ve had to rely on either public transport or taxis, so you can imagine my weekly transport bill. I think it’s about time I learned to drive. While I’m doing that I could get by on a bicycle — they’re great fun. Who knows, I may forget the driving lessons and keep the bike. “Now, let’s see — what else would I like? I’ve been meaning to get the second half of a series of prints by Alun Leach-Jones. The series is called Arkady. I have No 1 but I’d like to get No 2. Do you think you can arrange that for me?” 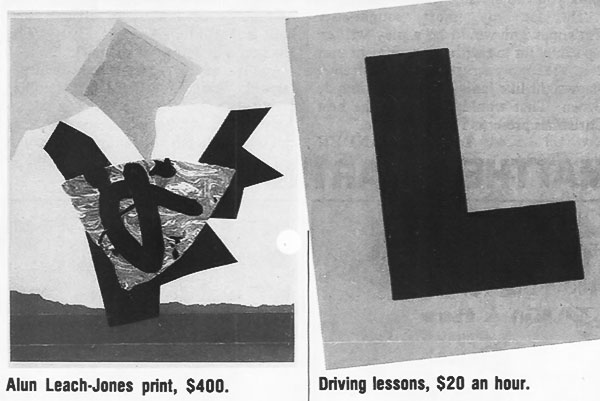 “By far my most sought-after Christmas gift would be a play written especially for me with a magnificent part in it. Preferably written by an Australian playwright like Janis Balodis or Alma de Groen. That would be one of the best Christmas presents I could receive.” LINDA CHANDER