After Pamela graduated, they lived together in Vancouver, and when Roger was appointed dean of drama at the Victorian College of the Arts, Pamela moved here with him. But in Australia, their careers collided head-on when Roger became first associate director of the Melbourne Theatre Company, then director. Since the MTC is the city’s major theatre company, the delicacy of Pamela’s position was obvious. “It’s a tricky area, it’s true,” Roger says. “After we came to Australia, for the longest time, we would never give an interview together (this was their first major joint interview). I don’t think it appeared in print that we were married until a couple of years ago. We just wanted to keep the thing as separate as we could.”

If Roger’s position as head of the MTC was sensitive, Pamela’s, who arrived in Australia with little acting experience, was unenviable. She had to contend with feeling that people assumed whatever status she gained was due to Roger and that her career was dependent on his. “That was very much behind not wanting to be interviewed together.” Pamela says. “For it to be seen that the only reason I’m here is as his wife who’s dabbling in the arts as a hobby.”

Those familiar with Pamela Rabe’s magnificence on stage will know nothing could be further from the truth. But to avoid misunderstandings, she went to Sydney to live for almost two years after Roger’s appointment. It gave rise to industry rumors that the couple had broken up, but not so. They saw each other when they could and occasionally worked in each other’s city, but their careers were almost entirely separate. “It was as much for me as anyone else,” Pamela says. “I needed to know myself that I could get work.” 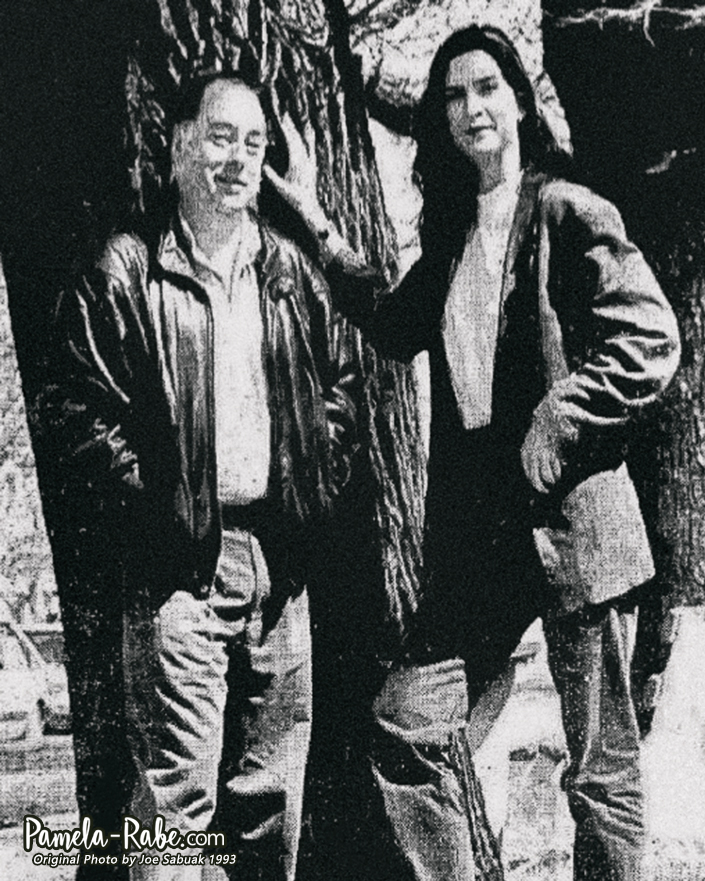 In the months away, Pamela was never out of work and her profile as a strong, exciting, slightly edgy actress grew. Her unequivocal success has removed the worst of the pressure but only up to a point. If Pamela takes a role in a MTC production, it usually entails some personal anguish. Instead of just deciding whether or not she wants the part, she must also consider “the Roger factor”. “I have to ask the extra question,” says Pamela, “will I be seen to be getting in an extra favor by doing this particular job?”

Difficulties apart, they both say their best and happiest times have been when working together in productions like ‘The Cherry Orchard’, ‘A Midsummer Night’s Dream’ and ‘The Taming of the Shrew’. The sheer fact of Roger’s position as a theatre director gives him power over Pamela, yet their collaborations work. When they are in the actor/director relationship, they have a rule not to discuss work outside the rehearsal room. (This has been stretched to include the car on the way home but only to the front door.) The rule is partly so other people in the company feel that there is not a separate, special relationship governing the work. It is also to give them a rest. “I think we’d wear each other out,” says Pamela. “To give ourselves permission, or a rule, to put it all aside is actually a great relief because you can get on with living.”

There are tensions during rehearsal but they are minor. Pamela, for instance, has an excitable nature that, she says, cannot distinguish between behavior that is appropriate and inappropriate. In rehearsal, that means she talks too much, which makes Roger tense. “So then I get deeply offended because I’m very aware of that problem,” Pamela says. And because the barriers between them are down, they can be harder on each other than they would be with others. “I think I’m quite often ruder or tougher on Pamela than on other actors and she’s certainly more aggressive to me,” Roger says.

Their deep, respectful love for each other, which when they talk about their relationship is touchingly obvious, has in one sense liberated Pamela to explore wilder, more tormented emotions on stage. The marriage gives her a sense of peace and, within it, Roger is highly supportive of her. “Whenever I think of what Roger means to me, it’s always like a lovely warm wash, a glow of solace,” she says. “Because of that, I feel extremely free to then explore dangerous, vulnerable areas. I’m not having to cope with neurosis on a day-to-day level. I feel ex-tremely supported and able to go into other areas where the work is.”

Despite their dedication to work, and some nervous hesitation from Roger who is nearing 50, they are contemplating having children in the next couple of years. In the past, their careers have kept them apart for long periods — they estimate they have been together in the house for about six months of the past four years — but they cautiously relish the thought of closer family life. Having said that, Pamela is currently in Sydney working on a film and their schedules show no signs of slowing down.

The awkwardness of Pamela and Rogers’ position in the small pond of Melbourne theatre will never be resolved. But public recognition of Pamela’s independent career are making the only obvious downside to their marriage easier to manage.