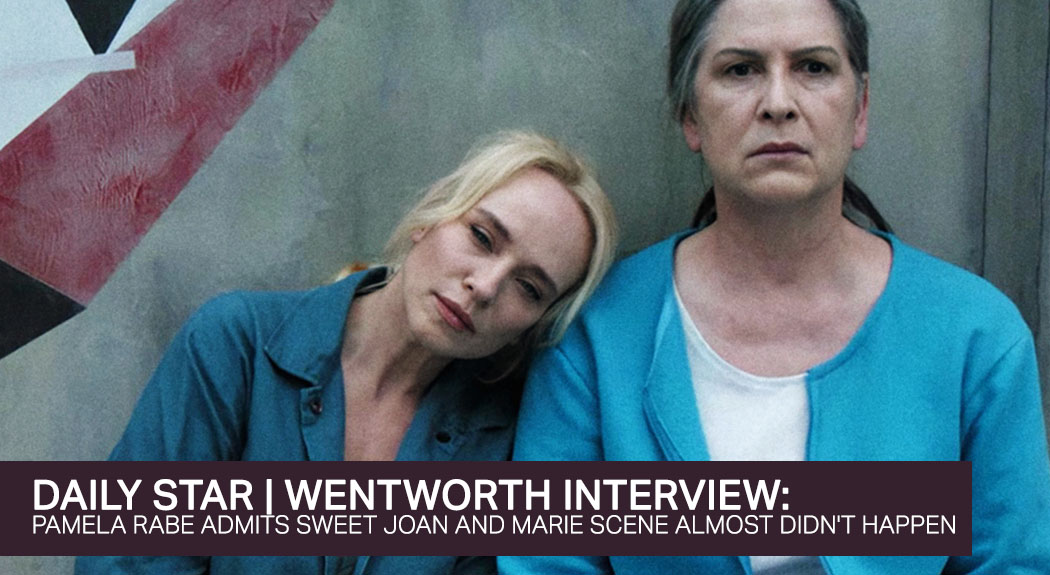 Wentworth fans were treated to an unexpectedly sweet moment during the first episode of the new series, which saw Marie Winter sit next to Joan Ferguson and put her head on her shoulder.

The scene saw Marie (played by Susie Porter) react after she gave Sheila Bausch (Marta Dusseldorp) some drugs to help her kill someone, with Marie believing the target had been Lou Kelly (Kate Box).

Of course, Sheila had actually killed Reb Keane (Zoe Terakes), who Marie had a major soft spot for, however she still appeared guilty over her part in Sheila’s plan.

“I loved shooting that scene,” she told us. “It was really entertaining and so delicate and kind of unexpected.”

But Pamela, 62, confessed: “I do remember a quick discussion about whether indeed, because Covid safety protocols were very much in place and everyone was being extremely careful, I remember them saying, ‘Listen, you don’t have to lean against if you’re not comfortable.’

“Both Susie and I went, ‘No!’ And looking back it was ridiculous.

“We were all working together and being as safe as we possibly can, we’re all being tested, why in the world would you not?”

She laughed: “There’s gonna be a lot of kissing and fighting and other things happening later on, you can lean on my shoulder any time.”

Speaking of Joan and Marie’s relationship, Pamela said: “It’s great. Joan met Marie when she was Kath, so there was no history. Neither of them knew of each other’s past, and I think that kind of meant there was a clean slate.

“The path that Marie was on during the first part of season eight dovetailed really beautifully with the lost dependence and vulnerability of Kath, so there’s something there that becomes interesting, now that Joan has retrieved or is fully inhabiting herself, how much will she know of Marie and what will she expect of her?

“I think part of the arc for Joan Ferguson in these final 10 episodes is the fact that she really has arrived, Joan is back.

“There’s still residue of Kath Maxwell there and how does she reconcile those parts of herself? Certainly Marie can help her on that journey.”

“It’s such a great character that she gets to explore – when she comes in she’s really lost her memory, really has amnesia, and then she gets it back, but then pretends she hasn’t.

“It’s such great stuff for Pam to do and I loved being in scenes with Pam because she’s so present and it’s so much fun.”

She added: “But you see the two outsiders really, and deep down when you peel everything off there is a humanity to them.

“There’s a real humanity to Marie and to Kath – think of when she actually forgot who she was, she was just a gorgeous person.

“That shows you that no one is essentially evil or essentially good, you put a human being under enough pressure and all sorts of stuff comes out.”

On the boards, up from down under