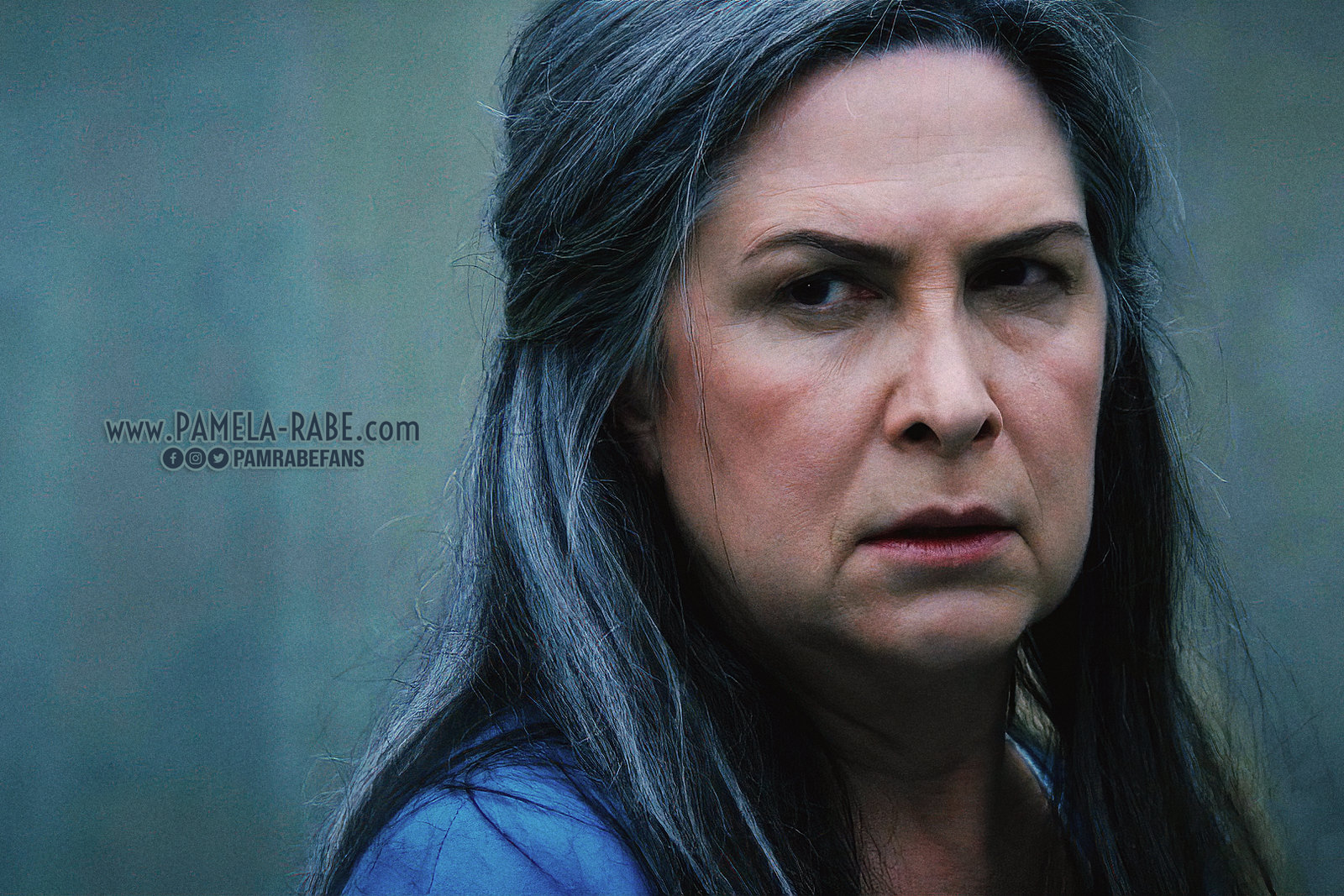 Insider: Was it enjoyable exploring her backstory through the flashbacks?

Pamela: I think that’s one of the strengths of all of the Wentworth stories – if you’re lucky, you get a glimpse into more detail about what makes the complexity of the characters – so yes, of course, it’s always a privilege, these little glimpses through the seasons of what makes Joan tick or what she’s grappling with in terms of her own history.

Insider: Tell us about her breakdown and those final scenes of the last episode of Part 1 where she comes to the realisation: “I am Joan Ferguson. I am The Freak.”

Pamela: Well, I guess that’s what Part 2 is going to be all about, isn’t it? What does it mean? What does it mean for her? What does it mean for the people around her? It was an extraordinary sequence to film, both terrifying but kind of exciting because, as always with Wentworth, you have so many skilled people at the top of their game, working incredibly quickly on minimal budgets, but we’re always aiming for the stars, really wanting to achieve something special. And it was quite exciting to pull that off, with Darrell Martin, our DOP [director of photography], and Kevin Carlin directing.

Insider: What was it like filming those scenes where she’s been locked in her cell and forced to wear a spit hood?

Pamela: I mean, they take great care obviously in the props department and the art department [so] that you’re not going to do yourself any damage, but it has to be real enough that you’ve got some resistance, that you have something to play with. I have to say, filming that sequence was a mingling of [where] I couldn’t see very well, you didn’t know where you were going, it was a dark room, but at the same time I was very excited all the time, thinking, “Oh I wonder what shots they’ve got? Am I giving them what they need?” And so it’s both terrifying and exhilarating.

Insider: It’s so incredible to see that all come together – but what will it mean for The Freak?

Pamela: That literally is the question: for Joan, what does this mean? What’s this power that all those aspects have finally, you know, congealed inside her and now she has to live the reality of all of those memories existing now, all of it clear? Now that she knows it, who else is going to know and, if so, how do they find out and what does it mean – for all her friends and enemies?

Insider: How is she going to fit in with the other inmates when she goes into general?

Pamela: Well, rather uncomfortably, I would’ve thought! [Laughs] But the wonderful thing is that she does have this big secret now and the question is: how does she live with that, who knows about it, how do they find out and what’s it going to mean for their survival rate?

Insider: Now that she’s fully aware of what she’s capable of?

Pamela: Yes, we leave her having recovered her memories and accepting who everybody has been telling her that she is, and the question now is: who else is going to know about that?