Canadian talk show host David Oulton is pleased to announce that his talk show Face to Face with David has been acquired by OUTtv, Canada’s only and the world’s first LGBTQ+ network, to air in prime time in April.

Face to Face with David strikes an entertaining balance between educational and informative interviews with a nice mix of household names, established Hollywood talent, local artists and business people. The TV show will air in Canada, the US, UK, Ireland, Australia, New Zealand, and South Africa beginning in April. OUTtv has picked up the first two seasons and has renewed the show for a third season. Face to Face with David will air on OUTtv in a nightly prime time spot, as well as streaming on OUTtvGo, Amazon Prime Video, Froot TV, Showmax and more.

OUTtv is Canada’s only, and the world’s first, LGBTQ+ network. The first two seasons aired on Amazon Prime with amazing ratings and have given the show a track record to get interest for future episodes. The response from A-List Celebrities and the support from the entertainment industry has been very positive.

Mark Poole uploaded his 1986 movie “A Single Life” featuring Pamela Rabe on his Vimeo channel. A Single Life screened on the BBC and ABC in 1987. It stars Tina Bursill and Steven Jacobs. Written by Mark Poole and directed by John Power.

Pamela Rabe in The Hunting Episode 1: pics or it didn’t happen for those who couldn’t watch it.
I won’t share the whole episode though… if you want to see the full ep (highly recommanded) go to https://www.sbs.com.au/ondemand/program/the-hunting – People outside of Australia will need a VPN to watch it.

Almost had a heart attack after seeing the last few seconds of season 7! Best news 2019 so far! Check out this nowtolove.com.au article for everything about this fantastic Wentworth season finale + a short video of Joan’s return!

Jo Porter about the episode:

Jo, we need to know, was it always your intention to have The Freak re-appear at some point?
You might have noticed we never had DNA confirmation that it was actually her in the box – and if anyone could pull this off, well it would be Joan! I can’t wait for the audience theories on how this was possible. I will say [script producer] Marcia Gardner and her writing team have once again done an incredible job of earthing the Joan story – no pun intended!
We know it’s early days, but can you hint at what may be explored in the final 20 episodes?
The ending of series seven has left some tantalising story threads hanging. How will the prison rebuild after the trauma of the failed siege (Marie has been exposed to the women for her role in this)? How will Boomer and Ruby cope inside without the person who had their back? Rita is in police protection, we’ll see Vera coping as a mother, and who will take over the mantle of Top Dog? And, of course, the big one – just how DID Joan Ferguson survive?

Deaths, shock returns and LOTS of tears… Everything that happened in that heartbreaking finale.

Just when we thought we couldn’t be any more flabbergasted, along came a final scene, which showed Joan Ferguson (Pamela Rabe) alive and well, seemingly living rough and presumably quietly scheming her revenge.

What this means for Will (Robbie Magasiva), Vera (Kate Atkinson) and Jake (Bernard Curry) is anyone’s guess. But all we can say is thank goodness this show got a last-minute reprieve and was picked up for another 20 episodes, because now we’ll actually get to find out!

END_OF_DOCUMENT_TOKEN_TO_BE_REPLACED

Updated “The Hunting” section with some more info and the first photo of Pamela Rabe as Principal De Rossi. Thanks to Jess again for sending me this <3 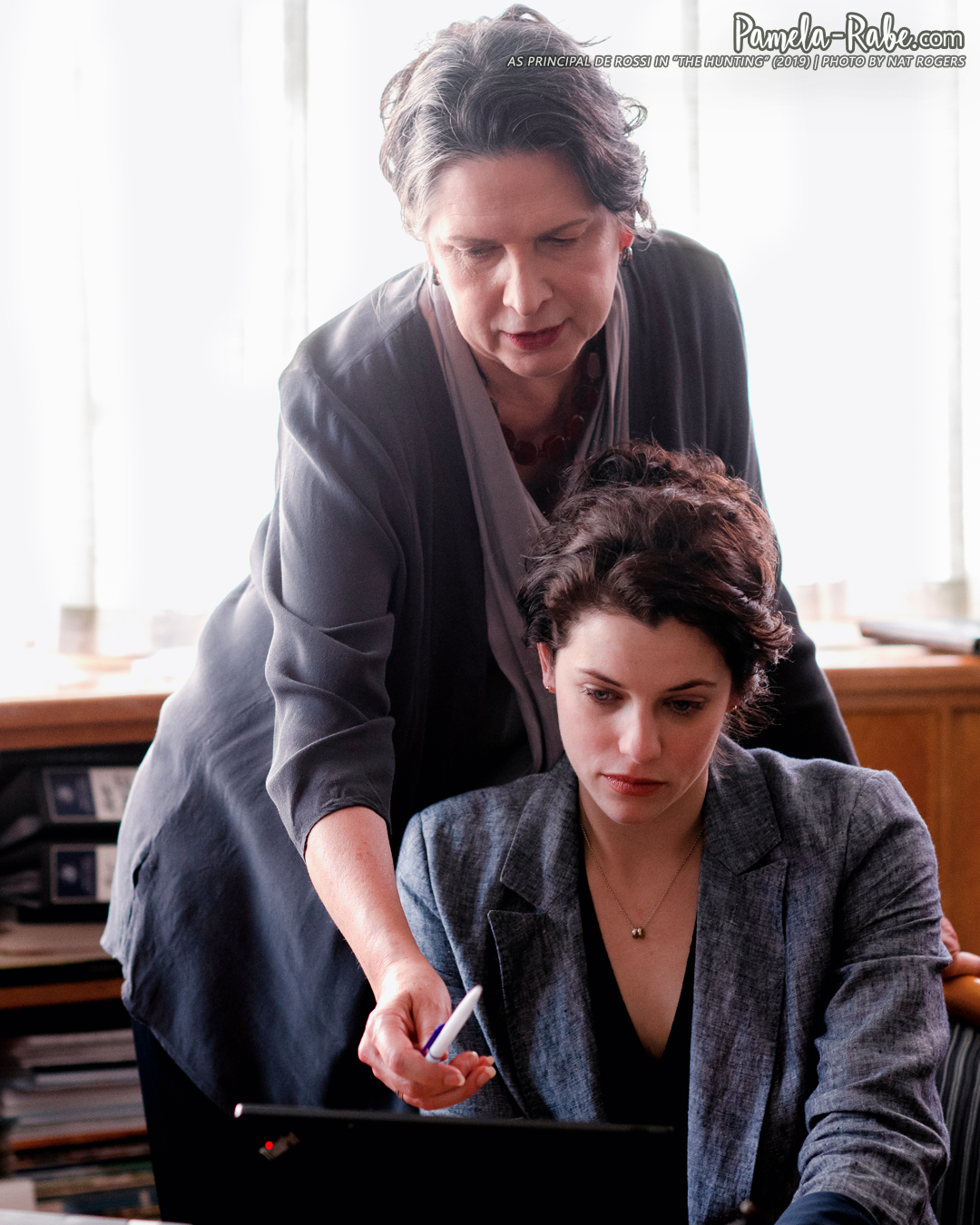 When two high school teachers discover students are sharing explicit photos of their underage friends and peers online, the revelation has unbearable consequences for the students and their families.

Tackling themes of misogyny, privacy, sexuality and sexualisation, online exploitation, toxic masculinity and gender, the series uses this singular event as a way of exploring some of the most pressing issues of our time and offering a vital portrait of modern, multicultural Australia.

The series will premiere on SBS at 8.30pm on Thursday 1 August.

The Hunting intimately and dramatically imagines the lives of four teenagers, their teachers and families throughout the lead up, revelation and aftermath of a nude teen photo scandal.

When two high school teachers discover students are sharing explicit photos of their underage friends and peers online, the revelation has unbearable consequences for the students and their families. Tackling themes of misogyny, privacy, sexuality and sexualisation, online exploitation, toxic masculinity and gender, the series uses this singular event as a way of exploring some of the most pressing issues of our time and offering a vital portrait of modern, multicultural Australia.

“This is a powerful, thought-provoking story, imbued with complex characters, and drama with big ideas and questions. It is exciting to be working with such high calibre experienced actors as well as talented newcomers, who between them all, reflect the rich cultural diversity of our society,” explained Director Ana Kokkinos.

The Hunting is a Closer Productions production for SBS, with major production investment from SBS and Screen Australia, in association with the South Australian Film Corporation.

The Hunting will premiere on SBS and SBS On Demand later in 2019.

Added the 1992 Australian–British Mini-Series “The Leaving of Liverpool” to the TV section.