The pressure has been building for weeks and a series of explosive storylines are set to ignite in this week’s tense and explosive Wentworth finale.
The gritty Aussie prison drama never fails to deliver – and the dramatic end to season six is no exception. It even took the cast by surprise.
“The whole episode – as a fan and as an actor in it – is unreal.” Leah Purcell 48, who plays Rita Connors, tells TV WEEK.

After teasing it out – and ramping up the tension – across the season, Vera’s (Kate Atkinson) blackmailer is finally revealed in a jaw-dropping twist.
Is it Joan “The Freak” Ferguson (Pamela Rabe)? Is she still alive and tormenting her? The chilling revelation leaves the governor stunned. We also learn Vera has been keeping another secret of her own. Will (Robbie Magasiva) and Jake (Bernard Curry) are equally dumbfounded. And the shocks continue in the moments that follow the unmasking, especially as Will is just seconds away from confessing his involvement in The Freak’s disappearance to the investigating officers.

The deadly post-reveal twist cleverly paves the way for the trio to potentially extricate themselves from the criminal predicament they’ve found themselves in. But they might not be in the clear just yet.

Inside Wentworth, tensions continue to simmer betweet Rita and Marie (Susie Porter). Desperate to protect her sister Ruby (Rurriwuy Hick) from being revealed as Danny’s killer, Rita attempts to have her transferred to another facility.

Then, she steps in to fight another inmate, who has been tasked with seeking revenge for the death.
“Rita will do anything to protect her little sister,” Leah explains. “If that means taking on a physical fight, that’s what she’ll do.”

The bloody battle that ensues is hard to watch. Leah says she trained for three months prior in preparation, and the gruelling scenes themselves took 12 hours to film.

The outcome – both physically and emotionally – has repercussions for Rita she couldn’t have foreseen.
“We leave Rita in a bad way at the end,” Leah reveals. “But it really sets her on a whole other trajectory for season seven. She’s on a path she never imagined she’d be on.”

The finale leaves some questions unanswered, which has us already eagerly anticipating the next season of Wentworth.
“Just wait until you see where we’re at when we come back,” Leah teases. “It’s mindblowing.”

Source: TV WEEK | Thanks to Teresa again for sharing the article photos! 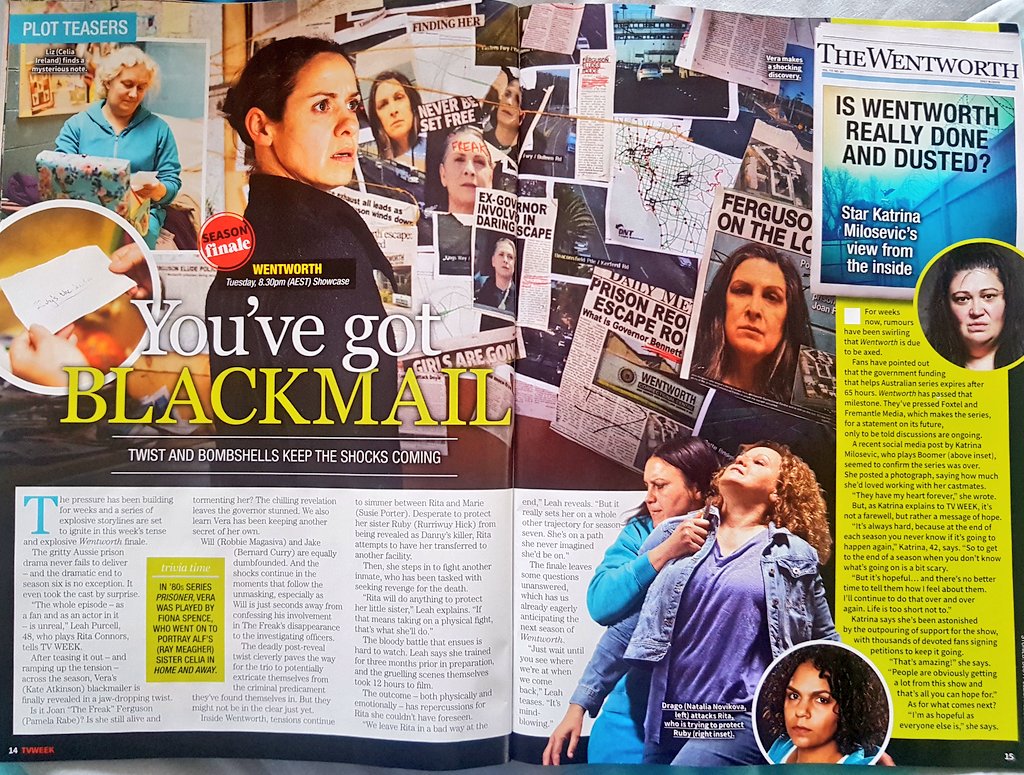 Pamela Rabe and the Wentworth cast at the Logies 2022