Landing Logie and AACTA winning actress Pamela Rabe for iview series F***ing Adelaide was quite a coup for filmmakers Sophie Hyde & Bryan Mason but the 6 x 15 minute shorts were part of the reason Rabe was attracted to the work.

“All rules are off now and we’re in the post-VCR environment where you don’t have to have an hour with ad breaks at 12 minutes, and wrap it all up at 46 minutes,” Rabe told TV Tonight. 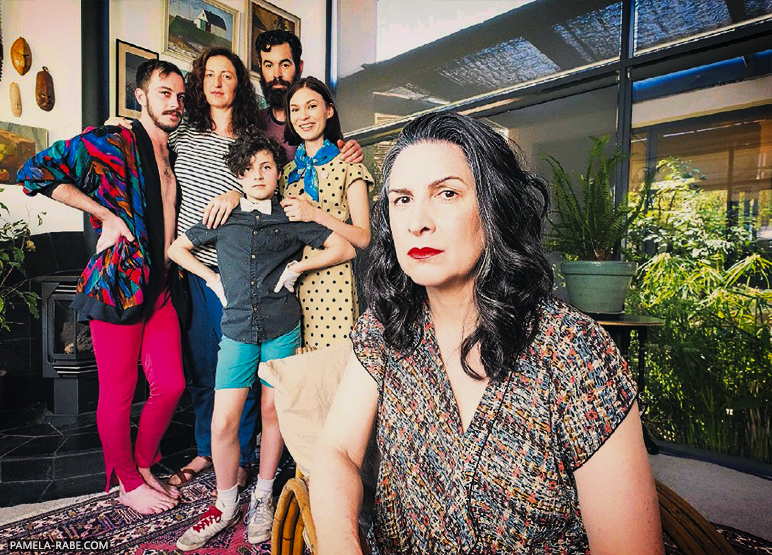 “Some of those HBO and Netflix series can have one episode for 45 minutes and the next can run for an hour and ten minutes. So the story takes as long as the story needs to take, now. If it’s good people will watch. It doesn’t matter if it’s a gem of 11 minutes duration (or not).

“It cracks open the whole form.”

In F***ing Adelaide Maude (Rabe)  decides to sell off the family home, but she provokes existential crises in her children as they return to Adelaide to say farewell to where they grew up.

Each episode adopts a different perspective, whilst the directing style of Hyde creates an intimate “indie” feel.

“It’s not like the genre lands anywhere,” Rabe continues. “Where it goes is very interesting. It’s not what you expect, and that’s what I love about it. It’s a very unique, distinct eye that Sophie & Bryan have.

“You can watch a series of chapters in a single piece or just watch them on their own. Each episode, Rashomon-style, creates their own little world that feel like different movements in a symphony.”

“She’s an unconventional mother who has allowed her children to find their own identity with a lot of ‘hands-off’ mothering. She’s given them a lot of license to be who they want to be, and that’s produced a lot of unique and individual voices within that family,” she continues.

“But they see the world through the centre of their own universe. Maude floats in and around the periphery when they need her. Sometimes she is an irritant, and other times she should always be there to be relied on, or other times to be invisible when she’s not important to the path they’re on.

“So she’s not a controlling mother. She’s a free spirit, herself.”

The series had its International Premiere at France’s Series Mania in May, following its Adelaide Film Festival World Premiere in October. As hometown to the filmmakers, Adelaide serves as a metaphor to the characters and an alternative to drama’s favouritism for east coast backdrops.

“That was what was really thrilling, and it opened my eyes to a cultural shift that is happening around Australia, and the way content is being delivered. We’re starting to produce a generation who don’t feel they have to down tools and head to the big smoke, of Sydney, Melbourne, LA, New York, London, to have their voice heard,” says Rabe.

“They are actually saying ‘I like my life here, I am who I am, this is my city, I’m surrounded by my family and colleagues who I enjoy working with. I’m going to do it here.’ That’s really new. It wasn’t happening even 10 years ago.

“Distribution will always be a challenge but people are getting really clever and they don’t have to sit in an expensive flat where you have no connection.

“So it’s pure, and I think that comes through in the piece itself.”

F***ing Adelaide screens in double episodes 9:25pm Sundays on ABC and is available in full on iview.