Joan is transferred to Wentworth’s protection unit where she is awaiting trial. She tries to manipulate Vera again but fails. 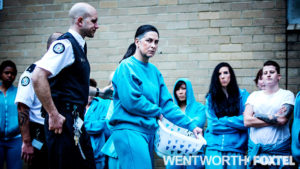 When being moved into general population in the prison Joan is subjected to verbal abuse by the other prisoners. Joan speaks with Kaz and tells her not to listen to Bea. She also talks to Doreen and makes her believe that she saved her son, Josh, in the fire and that it was Jess who is responsible for the burning down of H Block. This leads Doreen to protect Joan while she has an airing in the exercise yard. Joan asks Bea to beat her up in the shower so as to give the women what they want. However, while she takes a shower, Joan is brutally raped and attacked by Lucy Gambaro and her gang. Bea, who was on her way to kill Joan, comes to her aid and helps her get dressed. Flashbacks in this episode shows that while in the psychiatric facility she was raped by the doctor who was looking after her. Joan used this assault to get the doctor to give her a clean bill of health.

In the next episode, Joan is shown as a member of Kaz Proctor’s crew after blaming her sexual assault on Will Jackson. This leads to an attack on Jackson, where Ferguson aids by telling them where the areas are in the prison without cameras. Joan denies to Bridget and Vera that she has been an attack so she can stay in general. Joan convinces Doreen to blackmail Vera to get her conjugal approved.

When Kaz’ dad dies, Joan plants drugs in Allie Novak’s cell to get her slotted and give Joan more opportunity to become closer with Kaz. Joan then relays her experiences with her father to get Kaz’ trust. Joan then talks to Boomer and tells her she and Maxine would be good at being top dog together. She talks to Lucy Gambaro and her crew to convince them to go after new prisoner, Tasha, in an attempt to steer Lucy’s attention off Joan. Joan leads Tasha to the shower, where Tasha pushes the panic button to stop her from being raped. Joan convinces Kaz to stop Maxine from punishing Tasha but Maxine lets Tasha off.

Joan comforts Tasha and saves her life when Tasha tries to kill herself. Joan later discovers that Bea is to be a witness at her trial. Joan then tells Kaz that Nils Jesper is working with Bea to keep Joan in prison. Joan is then seen witnessing Allie and Bea kiss in the kitchen. After Kaz is sentenced to 12 years in prison, Joan offers to kill Bea if Kaz uses her contacts on the outside to kill Nils. 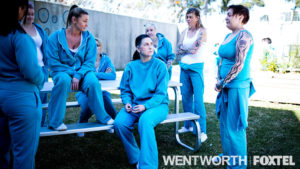 Joan then receives roofies from Tina’s Asian crew, testing the tablets out for herself. As Maxine goes for her breast cancer treatment, Joan manipulates Boomer into believing that Vera didn’t offer to let Boomer come with Maxine to prison. This causes Boomer to get angry at Vera, leading her to be slotted. With Boomer and Maxine out of the way, Joan has Kaz cause a fight with Bea while she slips the drugs into Bea’s drink. While Bea goes to the kitchen to meet with Allie, Kaz takes Allie and the other women to make a stand for Maxine departing alone. Joan uses this distraction to have Bea immobolized by the drugs and attempts to drown her. Meannwhile, Will Jackson finds the phone call that put Kaz Proctor away and it is revealed that it was actually Joan who made the call, claiming to be an inmate at Wentworth so as to plot the idea that Bea Smith turned Kaz into the police. Will shows Kaz the phone call, leading Kaz to angrily fight her and put her arm in the fryer. Bea is then resuscitated afterwards.

After going to hospital, Joan is moved into protection under medical until her trial. She meets with Shane Butler to gain his trust. Joan makes conversation with Jake about Vera. Joan convinces Shane that she is innocent and asks him to kill Nils Jesper. After witnessing Jake dealing drugs with Allie and being under stress when drugs are found in Tina’s cell, Joan confronts Jake about his job as a drug dealer. Joan offers to pay him the money he owes to a drug ring if he kills Nils and helps her kill Allie. At the end of the episode, Allie is in the shower by herself when Joan appears behind the mirror, holds her down and injects heroin into her neck, staging a drug overdose. 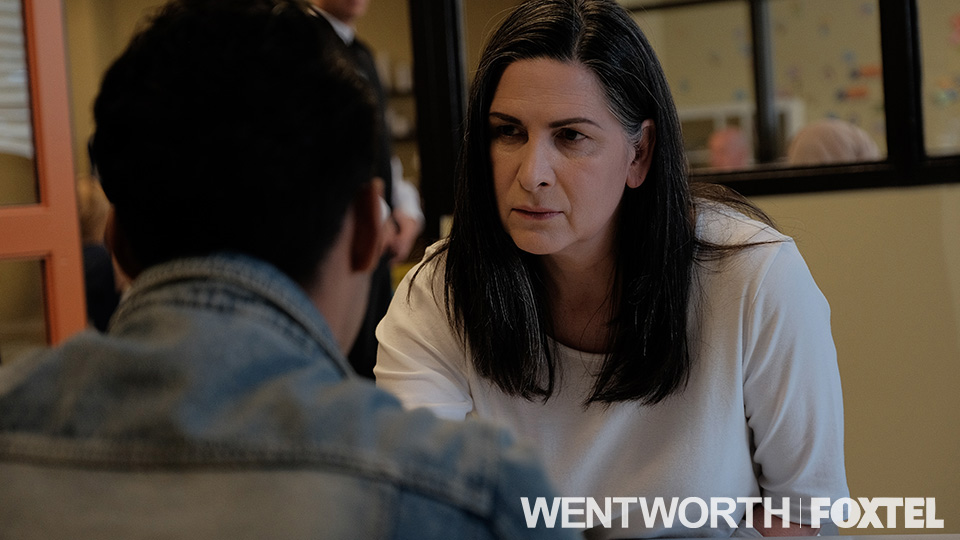 Before her trial, Joan confronts Bea about Allie, calling her “collateral damage.” Although Franky manages to stop Shane from killing Nils, Jake hijacks Nils van and shoots him, setting the van on fire. Joan’s charges are dropped and she is released. On her way out, she is confronted by Bea, who plans to kill her due to the attack on Allie. Joan overpowers Bea and takes hold of her knife. Bea then thrusts herself into the knife, making it appear that Joan has killed her.

The fourth season of the television drama series Wentworth premiered on SoHo in Australia on 10 May 2016. It was executively produced by FremantleMedia’s Director of Drama, Jo Porter. The season comprises 12 episodes. Season four picks up four months after the fire at Wentworth. 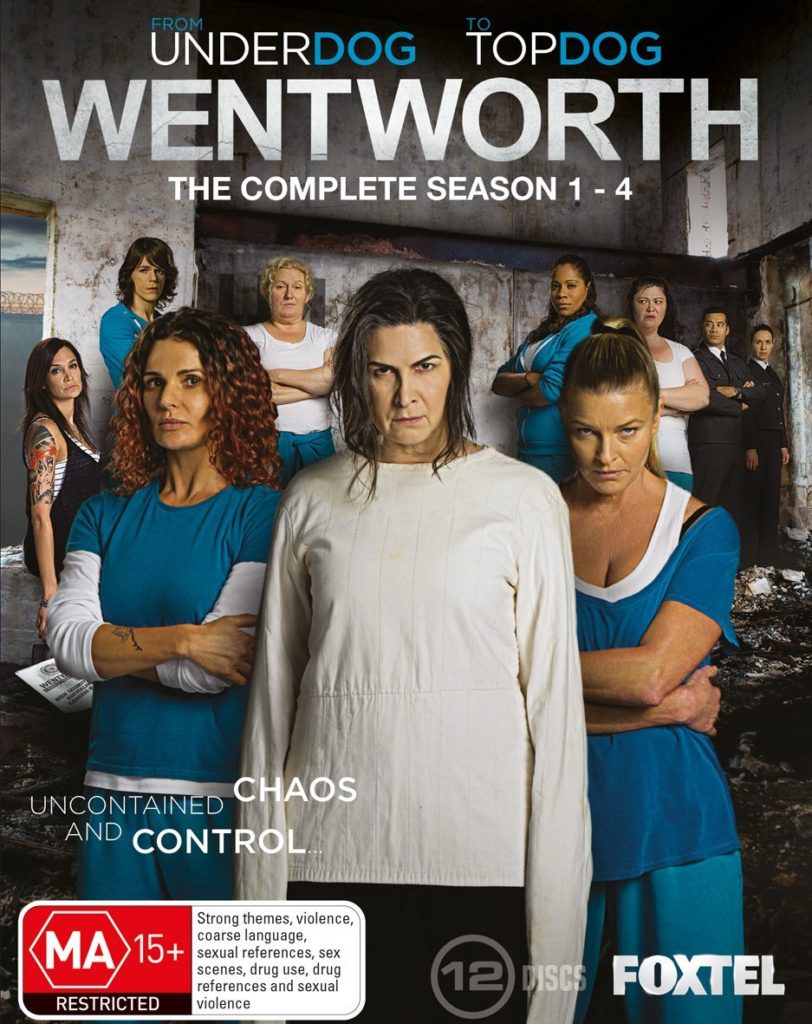 Wentworth S4 Behind The Scenes